skip to main | skip to sidebar

In the reading by Eickelman and Anderson on "Redefining Muslim Public", they make it clear from the start how transglobal and accessible, information has become. This therefore influences political and religious authority. They state that the Muslim community whether they be the majority or minority, they have created their own public "sphere" or sector. The sector is operated by "civilians" and outside government control is nonexistent.
They state that the fact that this technology and availability of it to new users is the cause of the spread of awareness within Islamic values, fostering different perspectives in a public space which is free from a regulated formal institution. In such case Eickelman and Anderson argue that new ideas are formed within community, leadership, and identity. They also mention how "states" or government has tried to control mass media or influence it because they are aware of the strength and power it has in order to systematize.
The fact that media is not only used to spread information but plays a major role on the economy and other aspects as well and therefore since they're interdependent the restriction of their use could be fatal. Media has such a large impact that even Islamic law journals that are open to the general public encourage the exchange of views with the editors and consequently enlarge legal interpretation in many ways. The spread of Islamic faith has adapted through comic books, tv, novels, and even theater.
They state that new media has blurred the line between public and private communication. New media has transformed the idea of the public into anonymous senders and recipients. Modern society is in conclusion more prone to meet in a common space through a variety of media forms, hence more likely to form a common opinion through dialogue and exchange of ideas.
Posted by Unknown at 10:41 PM 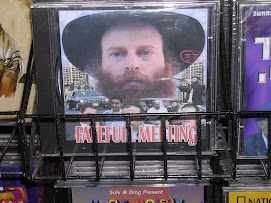 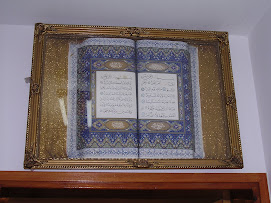